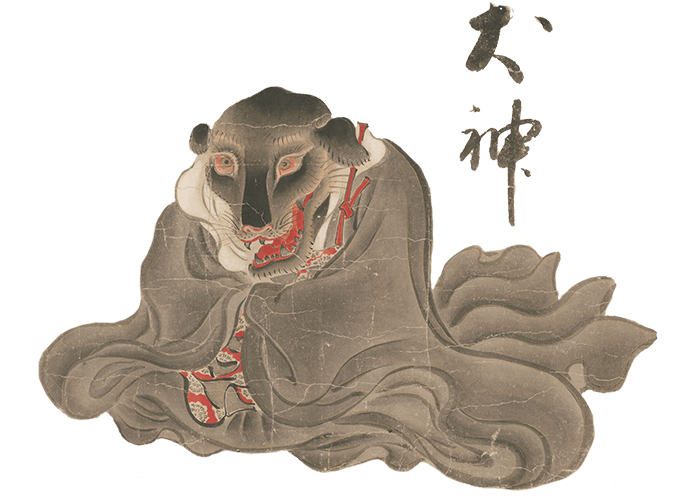 Inugami (犬神) is a possession spirit similar to foxes (kitsune) but is located in places where foxes are absent, primarily in western Japan and the island of Shikoku. They can curse, possess, or protect humans. If one desires protection from an inugami, there are a few methods, such as tying the neck of a starving dog as someone performs a ritual, after which an inugami will follow the person. Inugami are inherited and follow the family to protect the family. Only that family will be able to see the inugami and these families are called “inugami-mochi,” meaning “those that hold inugami.” If the inugami is mistreated harshly by its master, it will curse the master. If someone is possessed by an inugami, they will have dog-like behaviors such as howling or sleeping like a dog. They will have a great pain in their chest, and they will need to be exorcised by a professional. –Kristlynn Roth