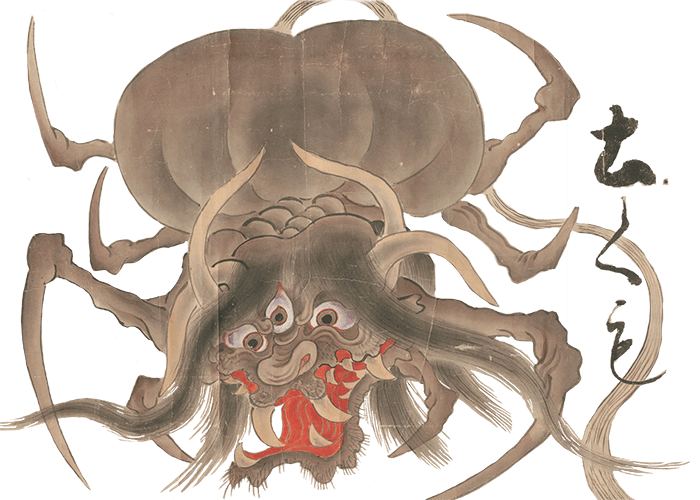 Tsuchigumo (土くも) means “ground spider.” It is also commonly referred to as yatsukahagi or ōgumo (giant spider). Its habitat is rural areas, mountains, forests, and caves, but they are found to live everywhere. Tsuchigumo make homes out of silk tubes from prey they encounter. The diet of tsuchigumo includes humans, animals, and anything that it can trap. Some tsuchigumo are depicted as spiders with the face of a demon and the body of a tiger. Historically, “tsuchigumo” was used as a derogatory word in Japanese for renegade local clans. In ancient Japan, aborigines who defied central authority were referred to as “tsuchigumo.” They are commonly identified as people with different customs, manners, and physiological features from the general population. Therefore, using this definition, they are one of the most ancient types of oni (demon). –Caroline Stone

Yōkai to the rightNAKIBISUNext
VIEW OTHER YŌKAI