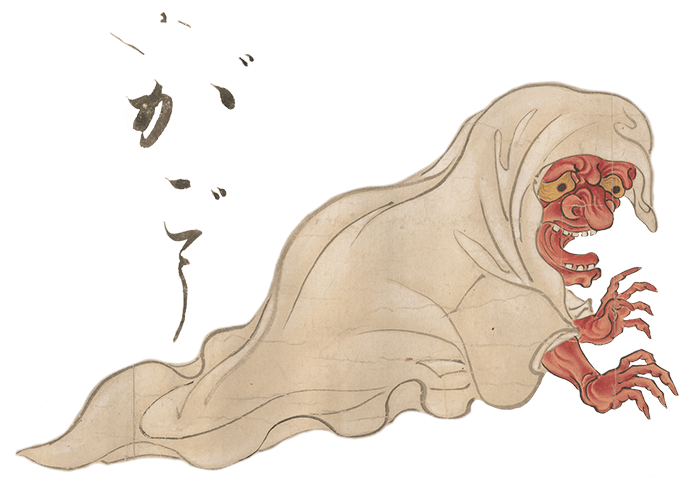 Gagō (がごう) or Gagoze (元興寺) is a reiki, or demon ghost, which according to legend inhabited the bell tower of Gangō-ji, a temple in Nara Prefecture from which its name is derived. It wears a robe and crawls across the ground. According to legend, it would emerge at night and kill apprenticed children at the temple until a boy with exceptional strength decided to stop it. The boy waited at night for gagō to appear, then grabbed it by the hair with his firm grip. The monster struggled so hard that the scalp tore from its head and it fled. Following the blood trail to a grave, the temple priests discovered that the ghost of a wicked servant of the temple had become gagō. It never appeared at Gangō-ji again. –Isaac Ricks