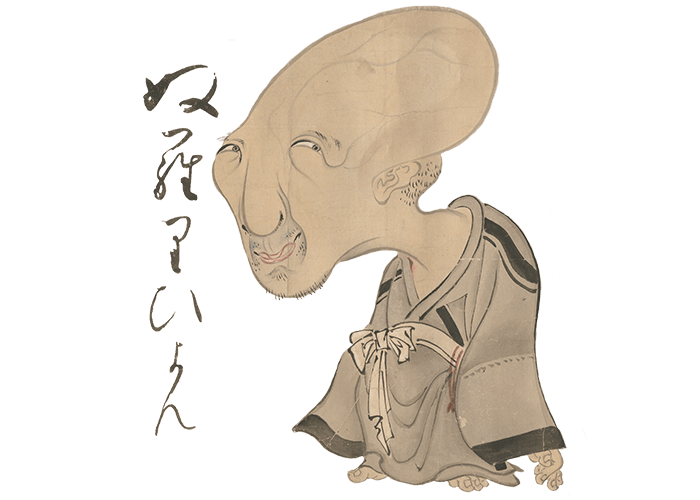 Nurarihyon (ぬらりひよん), sometimes referred to as nūrihyon, is a Japanese yōkai with a murky origin. He is known to sneak into houses and indulge in all of a household’s fine goods, such as tea and tobacco. He particularly likes to enter wealthy homes when the head of the household is too busy to properly attend to him. In modern interpretations, he is considered the leader of the yōkai. Scholars believe this update to his folklore was the result of a depiction in a 1929 book by Morihiko Fujisawa. One of the most powerful and elite yōkai, he is treated with utmost respect by other yōkai. –Karen Dobberfuhl