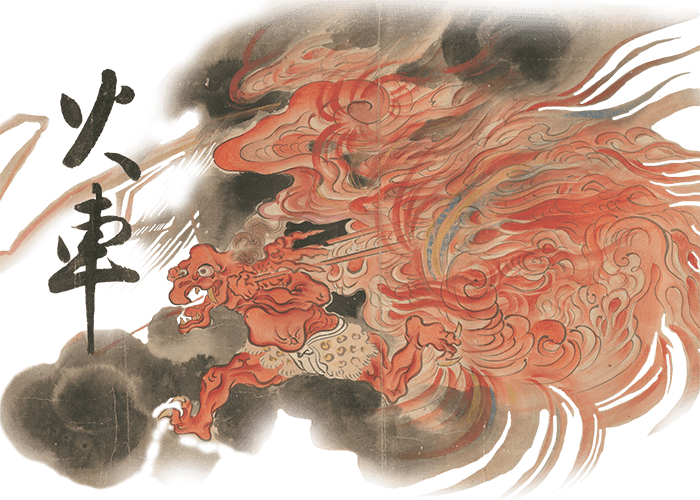 Kasha (火車) is a form of Japanese demon (oni) or monster (yōkai) that steals the corpses of those who performed evil acts during their lifetimes. Kasha are often depicted as a feline creature wreathed in flame, but this scroll depicts the kasha as a demon pulling a cart. Kasha literally means “burning cart” or “fiery chariot.” Kasha were depicted as a fiery chariot which took the dead away to hell, and were depicted as such in Buddhist paintings, such as rokudō-e. Kasha appeared in other Buddhist paintings of the era, notably jigoku-zōshi (Buddhist ‘hellscapes’, paintings depicting the horrors of hell), where they were depicted as flaming carts pulled by demons. Tales of the kasha were used by Buddhist preachers to persuade believers to avoid sin. –Steven Grossen