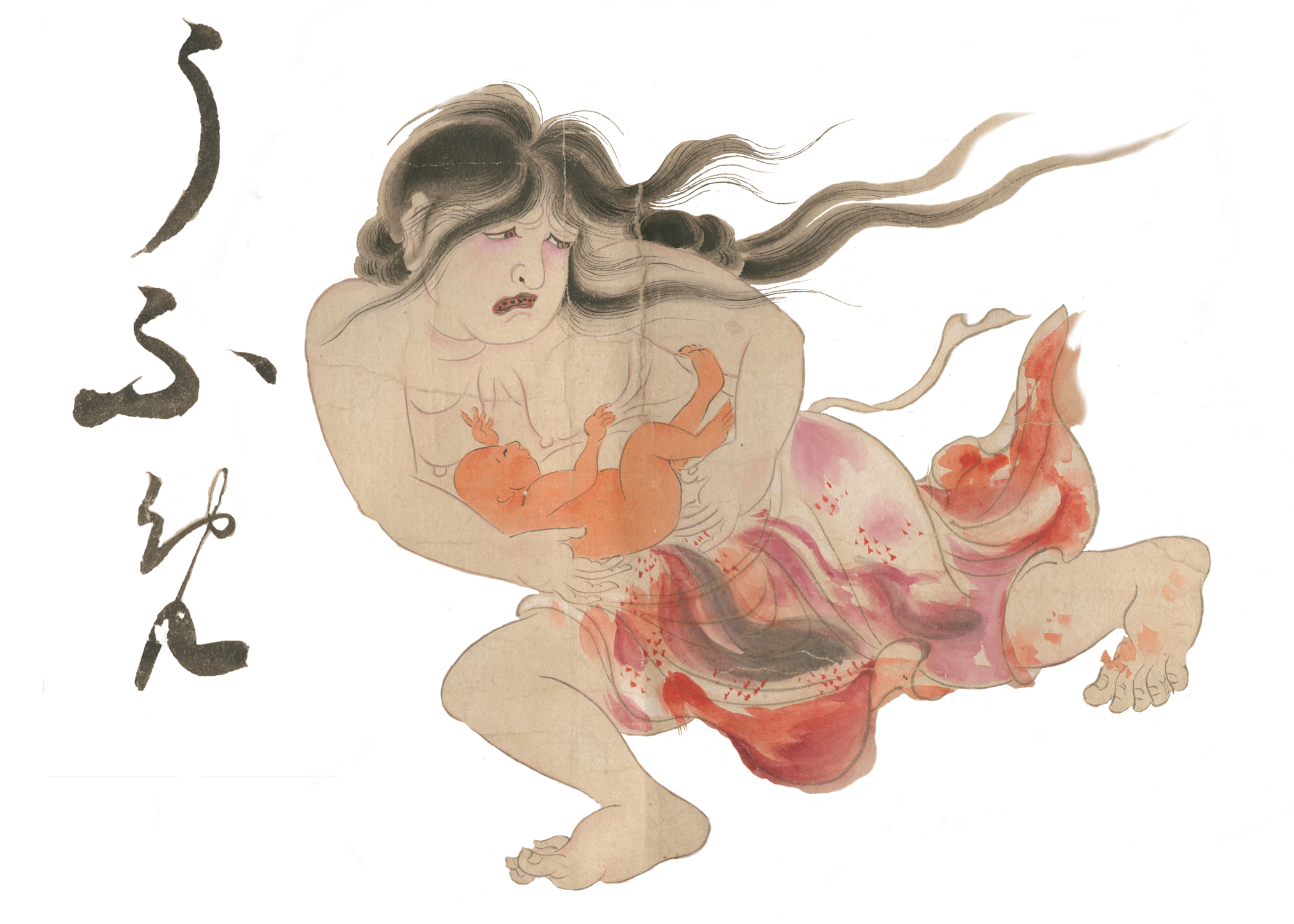 Ubume (うふめ) can be described as a type of supernatural entity, or yōkai. Throughout folk stories and literature, the identity and appearance of ubume vary. However, she is most commonly depicted as the spirit of a woman who has died during childbirth. Passersby will see her as a normal-looking woman carrying a baby. She will typically try to give a passerby her child, then disappear. When the person looks at the child they discover it is only a bundle of leaves or a large rock. Ubume was conceived through various means of social and religious influence. During the late medieval period of Japan, attitudes surrounding motherhood started to change. For a mother to die in childbirth or late pregnancy came to be considered a sin; blame for the death of the unborn child came to be placed on the mother who in a sense was responsible for the infant’s death. –Sarah Deeb