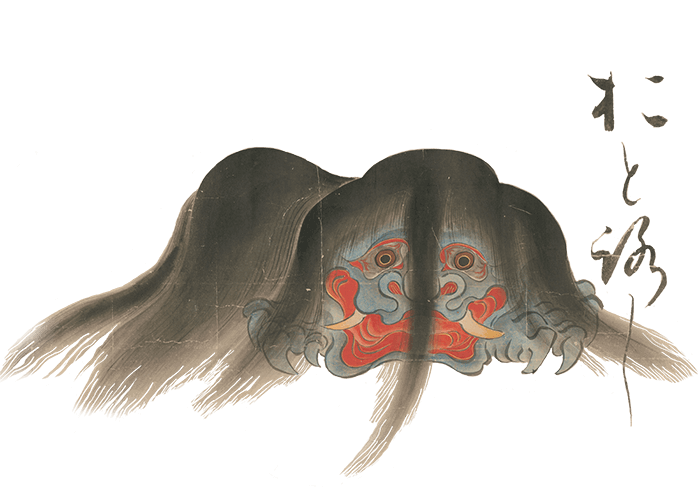 Otoroshi (おとろし) is a regional corruption of the word osoroshi, meaning scary, frightening or disheveled. It is most commonly depicted in pictures sitting on top of the arches at the entryway of old Shinto shrines. Sometimes called the “flaming-haired punisher of the impious,” the otoroshi acts as a guardian of these shrines and will devour the evil people who try to enter. Otoroshi may also live in abandoned homes, demonstrated when someone suddenly grows old passing by the home. While its appearance is similar to an oni, it is also accepted as a guardian spirit. –Moné Eppel