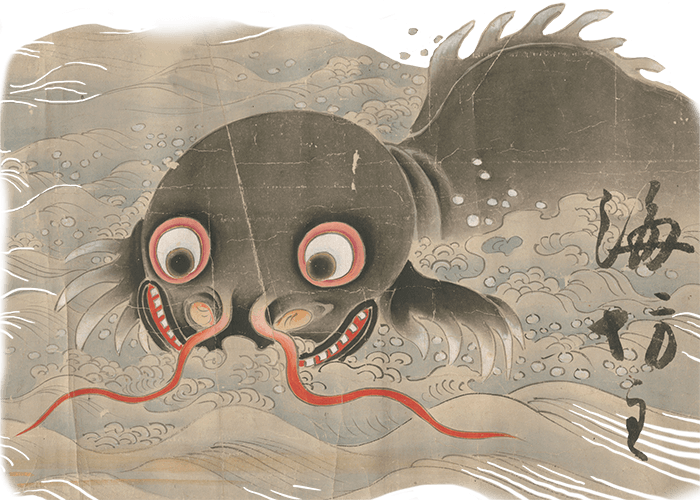 Umibōzu (海坊主) is a yōkai from Japanese folklore. Little is known of the origin of umibōzu, but it is a sea-spirit and as such has multiple sightings throughout Japan. Normally, umibōzu appears to sailors on calm seas which quickly turn tumultuous. It either breaks the ship on emergence or demands a bucket or barrel from the sailors and proceeds to drown them. The only safe way to escape an umibōzu is to give it a bottomless barrel and sail away while it is confused. It often appears as a humanoid shape with a shaved head and piercing eyes, much like that of a buddha. The depiction in Bakemono no e is rather unique, resembling a catfish. –Austin Leftwich