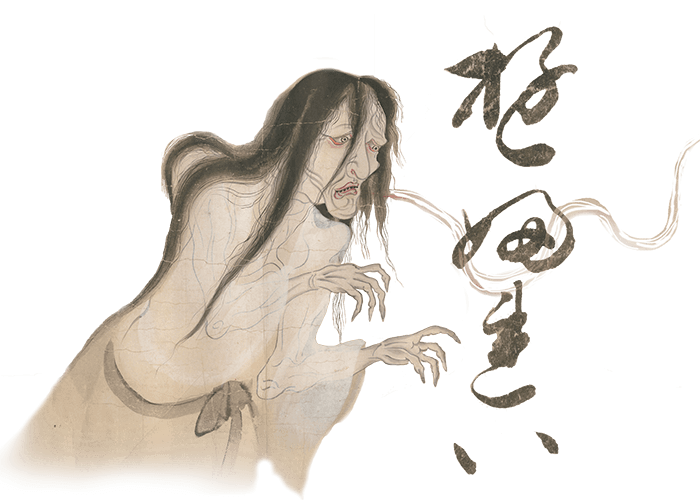 Yūrei (ゆふれい) means “faint spirit.” Generally speaking, a yūrei is the spirit of a person who has died, usually appearing as they did in life. Yūrei refers to the spirits of humans who do not cross over to the other side and remain in the human world for personal reasons or because the funeral or burial rites were not sufficient or satisfactory. The typical yūrei, as depicted in art and literature, is described as a woman with long, disheveled black hair obstructing the face, wearing burial clothing, with curved dangling hands and no feet. –Edie Ellison