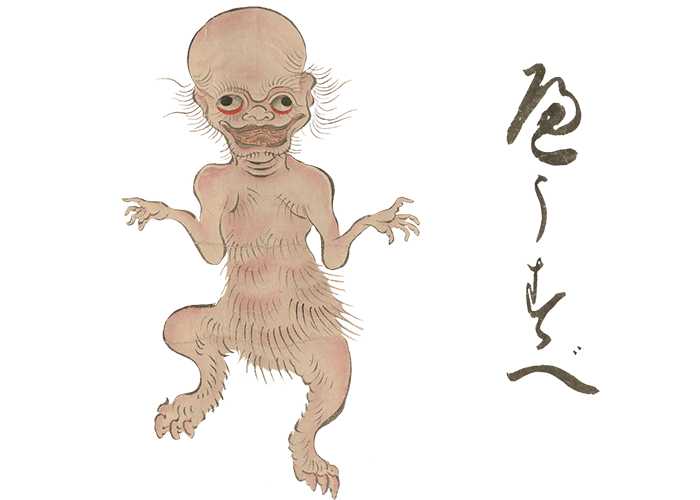 Hyōsube (へうすべ) is a child-sized river monster from Kyushu that lives in underwater caves. It prefers to come out at night and loves to eat eggplants. It is thought to be a cousin of the kappa. Hyōsube were originally dolls that were brought to life by a magician and used to build a shrine. After the shrine was finished, they were dumped in a river. They were believed to be named after Hyōbu-taifu. They are found generally in Saga and Miyazaki prefectures in Kyushu. Hyōsube are small creatures with hairy bodies and bald heads, sharp teeth, and long claws. They live in rivers but like to get into people’s bathtubs. Once they are done using the bathtubs, they leave them smelly and covered in greasy hair. –Jaime Trinidad