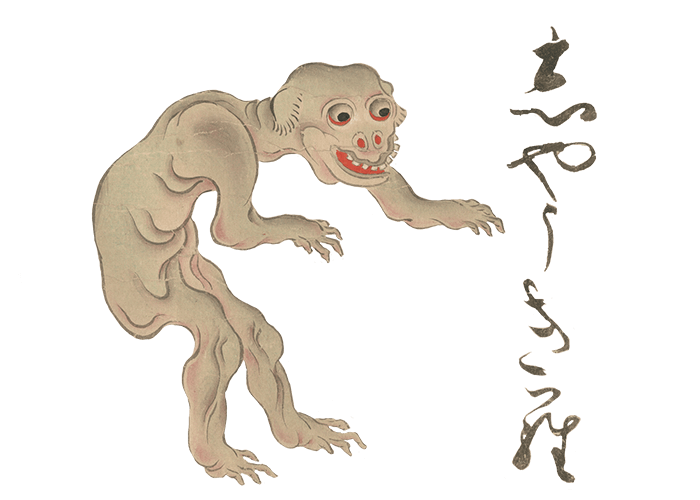 Shōkira (しやうきら), also called Shōkera, is a yōkai that has its origins in Chinese Daoism and was introduced to Japan during the Nara period. Originally an un-embodied spirit, shōkira eventually came to be illustrated as a hairless dog-like creature. It is said that shōkira leaves its host human’s body on the night of kōshin (庚申), which comes every 60 days in the zodiac cycle, to report on its host human’s bad deeds to the deity of lifespan. Bad reports result in a shortened lifespan for the host human. To avoid this, believers stayed awake throughout the night on kōshin days, or chanted an incantation to prevent shōkira from leaving the body. –Jack Stoneman