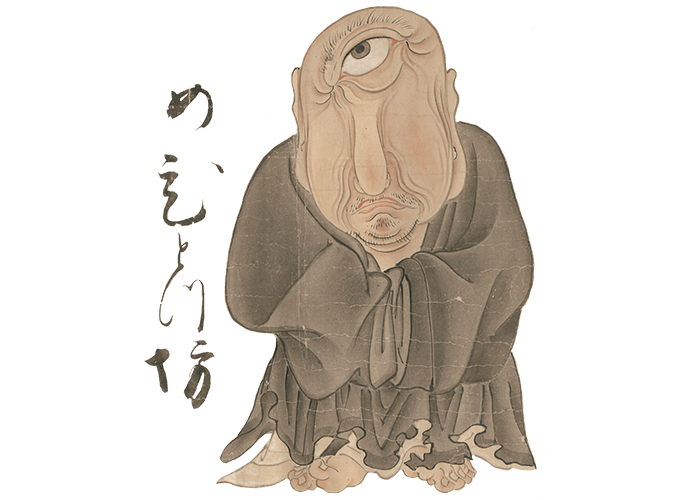 Mehitotsubō (めひとつ坊) means “Buddhist priest with one eye.” Everything about his appearance is like a normal priest, except for the one eye in the middle of his forehead. He wears the black-and-white robes of a priest. He does not wear sandals, leaving his bare feet visible. His head is bald like a monk. He also has a long and ugly nose and face. His chin and face have black unshaven hairs growing, but they are not quite a beard or mustache. He also has one large eyebrow above his single eye. Mehitotsubō is very similar in appearance to hitotsume nyūdō and hitotsume kozō. –Sam Baldwin