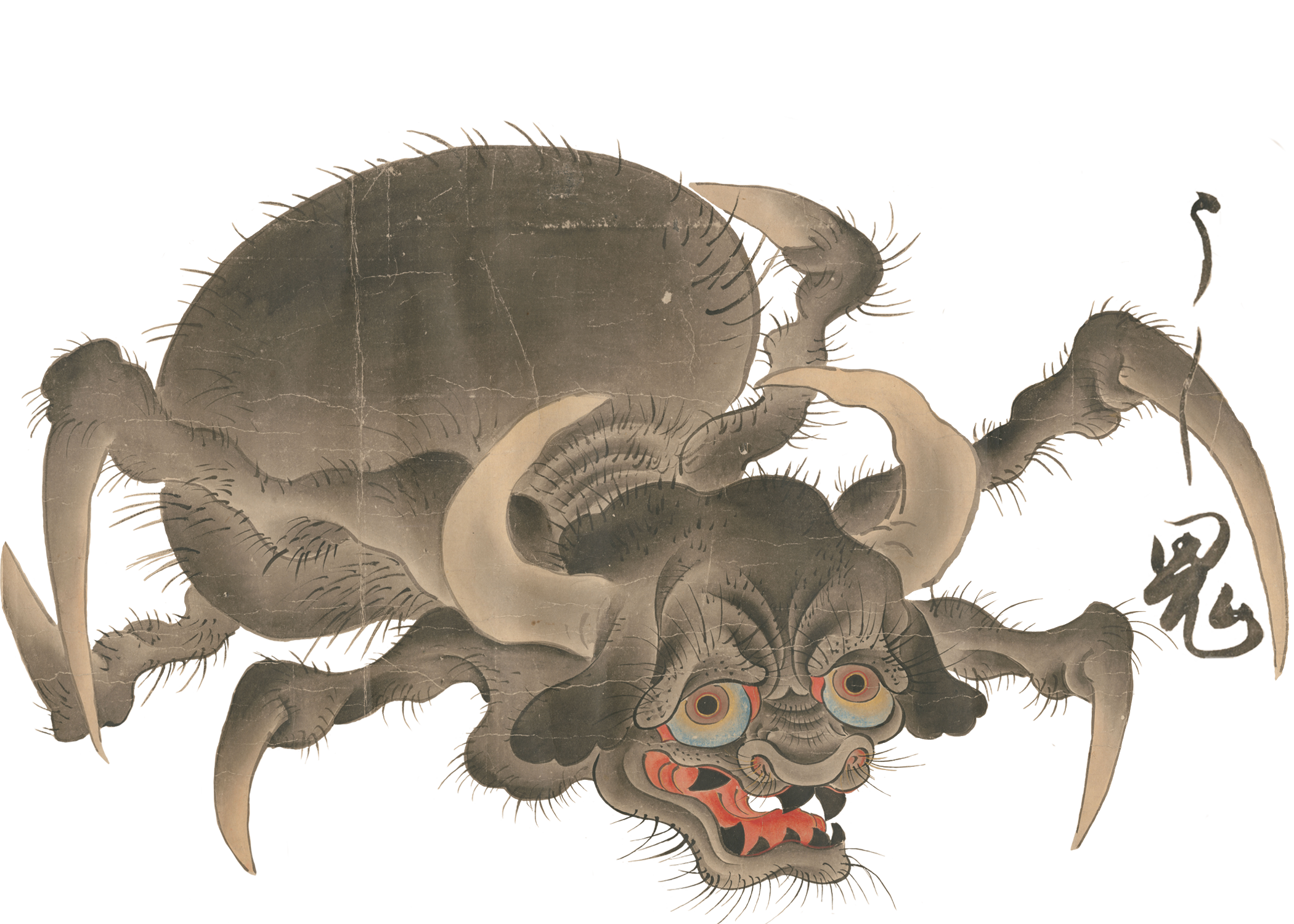 Ushi-oni (うし鬼) is a yōkai in traditional Japanese folklore, and its name is translated as “ox demon.” The ushi-oni mostly resides near bodies of water, and it is known for attacking and terrorizing people. The appearance of the ushi-oni may vary depending on legend or region of habitat, but it most commonly has the head of an ox with some oni-like attributes, sharp horns curving upward, and sharp fangs. The body is most commonly depicted as spider-like with six legs, each ending with long singular claws. Though tales of the ushi-oni’s terrors vary, it is commonly characterized by tenacity, ferocity, and a carnivorous diet which includes humans. The ushi-oni also cooperates with nure-onna (ぬれ女) or iso-onna (磯女) to secure its prey. –Ian Sanderson