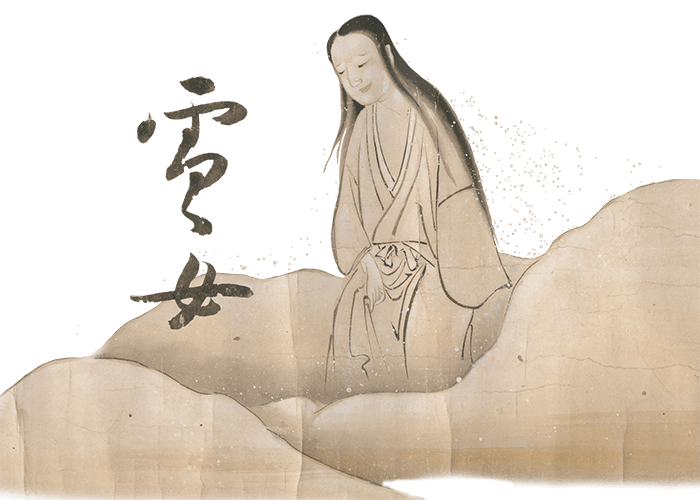 Yuki-onna (雪女), meaning snow woman, is a yōkai which usually appears on snowy winter nights. She is described as beautiful with pale white or bluish-white skin cold to the touch and dressed in white. Some believe she is simply an embodiment of snow, both dangerous and serene. Others believe that she is a spirit who died because of snow, a fallen heavenly being, or a form of some other shape-shifting yōkai. –Nathan Tucker

PrevYōkai to the leftYAKO
Yōkai to the rightUSHI-ONINext
VIEW OTHER YŌKAI
Harold B. Lee Library
© 2019 Brigham Young University
(801) 422-6061