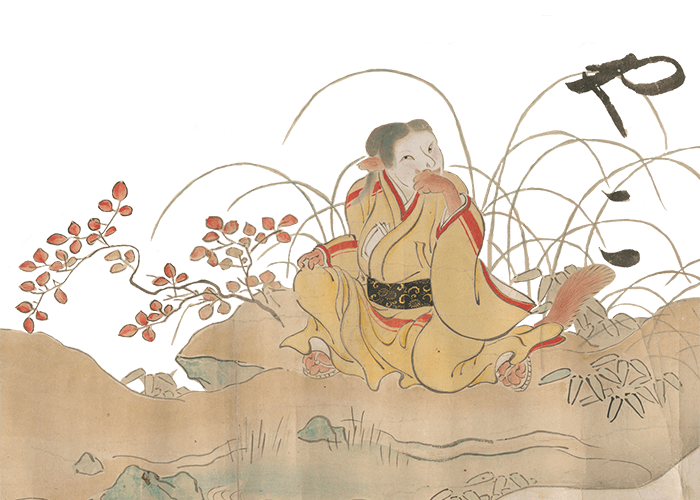 Yako (やこ) is a name that refers to a yōkai or bakemono connected with foxes and fox possessions. The specific term “yako” is used predominantly in Kyushu, Japan, but these fox yōkai are also known by other names such as nogitsune or kitsune. The yako are very similar in appearance to foxes, but typically are black or white in color and are also much smaller in size, being more comparable to a cat or weasel. While there are some kitsune who are servants of the Inari god, worshiped by and benevolent toward humans, the yako are neither controlled nor worshiped. Because of this, they may possess people, causing illness or other harm to them. The yako is also said to have the ability to shapeshift into forms in order to startle or trick humans. They are most often recorded as shifting into the form of a beautiful young woman. The yako in Bakemono no e seems to be in process of transformation. –Caitlyn Clegg