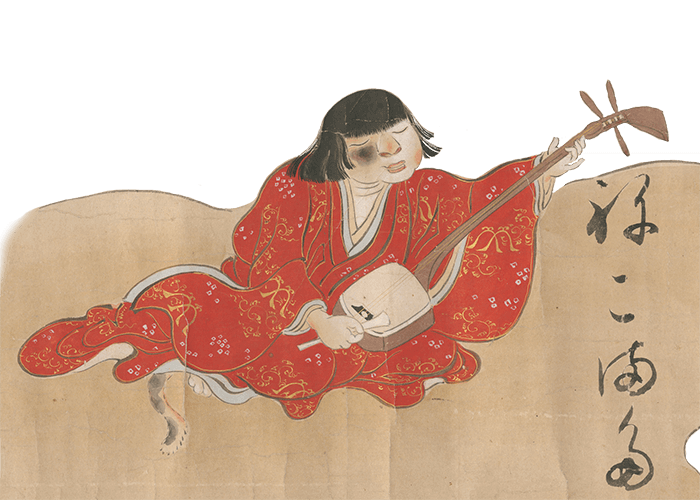 Nekomata (ねこまた) are Japanese yōkai said to have transformed from old and large cats. Some of the defining physical characteristics of the nekomata are that when these cats transform from ordinary animals into yōkai, their tails split down the middle into two identical tails. Legend has it that these monster cats have special powers, and can usually be witnessed speaking human languages as well as walking on their rear legs, causing mischief. In order to be able to eat, these monster cats are rumored to grow to huge sizes to be able to hunt and prey on many large animals such as wild boar, dogs, bears, and even humans. Some other mysterious powers that nekomata hold include: summoning fireballs, setting fires with their tails, controlling the dead, and cursing and killing their previous owners if they see fit. –Sayaka Herrera