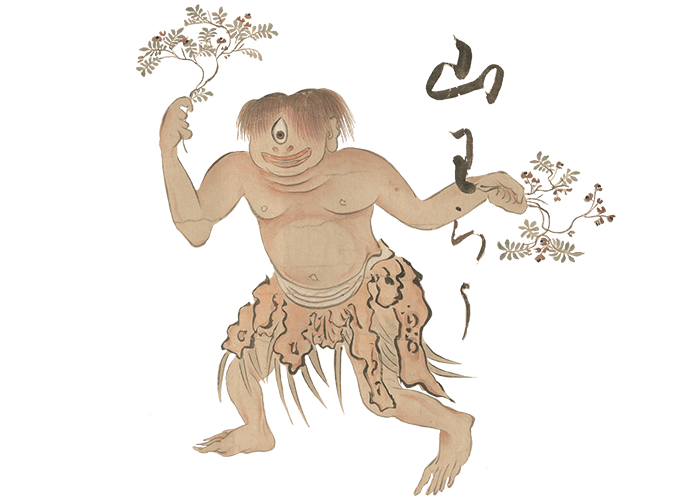 Yamawarō (山わらう) are Japanese yōkai that live in the mountains and are more frequently found in the western part of Japan. They are said to resemble a young boy about 10 years old and are usually depicted with scraggly brown or red hair covering their bodies and one eye (although this is not always the case). Yamawarō are skilled at mimicry, and imitate sounds of the forest such as falling trees. They can even learn to imitate the sound of a human voice, both speaking and singing. Yamawarō were often encountered by woodsmen, and it was said that they would aid in the task of woodcutting if rewarded properly (usually with food). However, one had to be careful of offering too little food or offering it too soon. In the case of too little food, the yamawarō would become angry and leave, never to return, while in the case of it being offered too soon, the yamawarō would simply take the food and leave before completing any work. There are also legends that say that yamawarō are also garappa or kappa during the springtime, when they repose in the different beds of water throughout Japan, but once fall ends they retreat into the mountains to become yamawarō. –Caitlyn Clegg